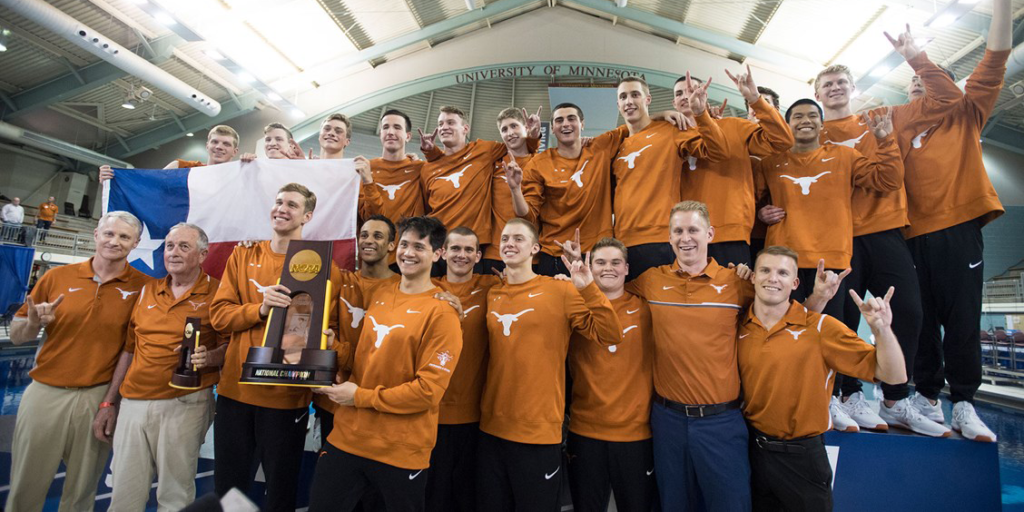 The UT Tower will be lit in burnt orange with a numeral “1” on all four side on Sunday, March 25 to commemorate the Texas men’s swimming and diving program’s 14th NCAA team title.

Per campus tradition, the University recognizes UT sports programs with a burnt orange lighting of the campus landmark with the numeral “1” appearing on the building’s four sides when a Longhorns team claims a NCAA team title.

Saturday night, Texas edged out California and Indiana for its fourth straight and 14th overall national title after pulling away in the final two events.

Already the winningest coach in his sport’s history, Texas’ Eddie Reese capped his 40th season on the Forty Acres with his 14th national crown, 25th top-two national finish and 32nd top-three NCAA Championships showing. Remarkably, Reese finishes off the second such stretch of his career in which he has won four consecutive titles.