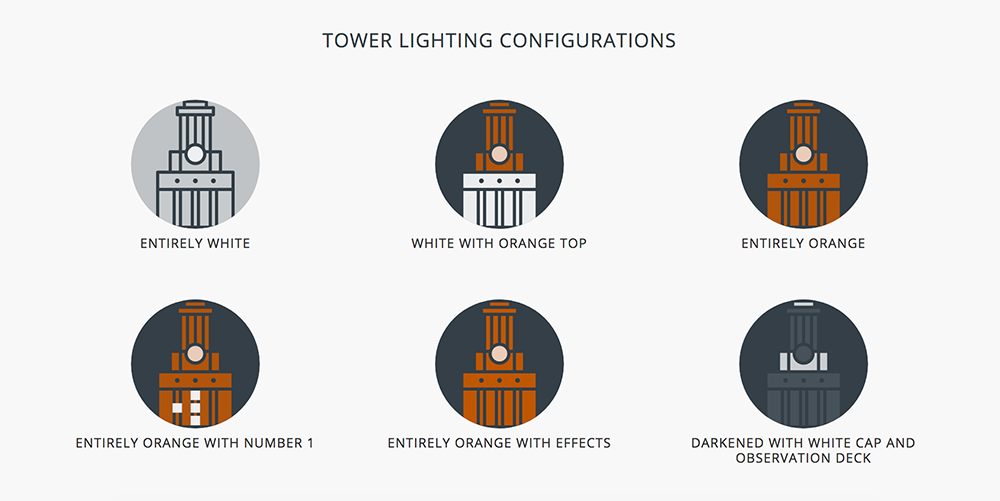 The test is scheduled for 6:30 a.m., and the Tower will return to its normal lighting configuration after the test.

While the standard lighting illuminates the Tower in Austin’s skyline most nights, a handful of other configurations convey signals of celebration, accomplishment or, sometimes, sorrow.

The lighting configurations include:

Darkened Tower with white cap and observation deck (all other levels dark, including windows)

Want to know when and why the Tower is orange?
Sign up for our email alerts, and we’ll send you an update each time we light the Tower.