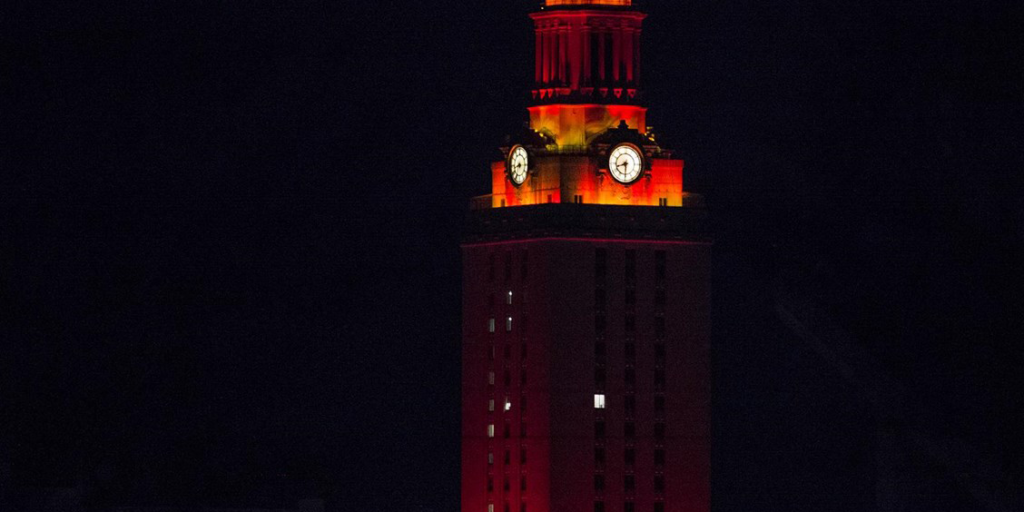 The UT Tower will be drenched in burnt orange lighting Monday, May 7 in recognition of The University of Texas men’s and women’s tennis teams’ recent Big 12 titles.

Under 18th-year head coach Michael Center, the 12th-ranked Texas men defeated No. 14 Oklahoma and No. 18 Baylor last weekend to nail down their first Big 12 tournament title since 2010.